What is a mindset? Do you know yours?

Mindset can be defined as the set of attitudes and beliefs you hold at any given moment. Functionally, your mindset is a framework through which you understand the world and it guides your responses.

While there are a hundred and one ways to respond to anything, in the heat of the moment, people often choose the fixed mindset because it often seems like the path of least resistance. The breadth of differences between these two umbrella mindsets is extensive but Carol Dweck said it best, explaining that “the key difference between fixed and growth mindsets is there is no recipe for success in a fixed mindset.”

We all come pre-wired with primitive mindsets. The principal primitive mindset is popularly known as the fight or flight response and is responsible for our species’ survival for much of its history. It’s an instinctive impulse alerting us to perceived threats and preparing our body and mind to unleash whatever it takes to survive. The primitive mindset mainly falls into the category of a fixed mindset and is guided by the principle of species preservation.

In the formative years and throughout adolescence, we acquire a diverse collection of learned mindsets prompted by our social circles and cultural immersion. Our culturally learned mindsets are guided by the preservation of a cultural principle.

In contrast to both the primitive and culturally learned mindsets, an intentional mindset evaluates a more comprehensive spectrum of possibilities. It’s guided by the principle of pursuing a personally meaningful objective and it’s driven by an internal process, rather than external forces. With an intentional mindset, you can reprogram your own attitudes and beliefs to steer yourself down a path of self-fulfillment and purpose.

The primitive mindset is still very relevant when our life is in danger but the daily routine has become safer by orders of magnitude. As such, the primitive mindset is not quite as practical as it once was. In fact, it can become counterproductive when triggered on the commute or during a year-end performance review. Once a key feature for our survival, the fight or flight response hijacks our capacity to respond intelligently to everyday situations.

I didn’t mean it. That’s not who I really am.

We’ve all been there. You get this feeling deep inside that pushes you to mindlessly react out of character. It’s frustrating and disorienting when our behavior doesn’t resonate with our core beliefs and values. Whether it’s a primitive or learned mindset, if it’s not serving your best interest it’s time to reshape it intentionally. It’s empowering when you make a habit out of reshaping your mindset for a more satisfying and fulfilling outcome.

Creating an intentional mindset is analogous to preparing a meal with the help of a recipe. The recipe guides and inspires your cooking. You can eventually adapt the recipe on the fly, but you’ll have a reference to help work through obstacles confidently. Alternatively, cooking without regard for how different methods, foods, and seasonings pair together will more often than not produce an unpleasant result. Having a plan helps navigate through uncertainty.

An intentional mindset is no guarantee of a “perfect” decision, but it makes it easier to maneuver through or around obstacles. Understanding how to sculpt your mindset in the face of life’s ups and downs, both big and small, is a powerful skill that enables you to build a satisfying life rather than letting the tail wag the dog.

The key to better decision making

Your mindset guides your understanding and decision-making capacity. When you react to something, you are embodying a set of attitudes and beliefs ushered in by your mindset. The fixed mindset can seem convenient because it demands less energy (emotionally, mentally, and physically) and doesn’t aspire to engineer new solutions. On the other hand, the growth mindset is energy intensive because it aspires to engineer new solutions and upgrade knowledge.

Shifting from a mindless to an intentional mindset can feel unnatural, like trying to push water uphill. The powerful influence of primitive and culturally learned mindsets can not be understated. Therefore it’s important to have a strategy for scenarios that trigger your fight or flight response. To hack into this survival instinct, preventing it from hijacking your mind and emotions, you’ll need to act quickly and decisively. As Viktor Frankl, an Austrian neurologist and psychologist said, “Between stimulus and response there is a space. In that space is our power to choose our response”.

Creating space between the feeling and the response can mean taking a split second or a week to silence the noise that distracts you from thinking clearly and acting intentionally. With practice, you’ll be able to identify your frame of mind and shift your mindset like the captain steers his ship around a storm. Sound easy? Well, yeah, with practice it can be.

Sculpt your mindset for a satisfying life

Sculpting your mindset starts with paying closer attention to the way you perceive and feel about situations. Research by Ellen Langer “suggests the beliefs and limits we assume are real, are actually artificial and we don’t have to accept them. The magic lies in being aware of how we mindlessly react to social and cultural cues. We need to challenge the idea that the limits we assume should exist at all. With subtle shifts in our thinking, our language, and our mindset we can change our ingrained behaviors”.

Intentionally sculpting a mindset is choosing how to respond to any situation based on a clear set of guiding principles and beliefs. These principles establish priorities and give structure to the hierarchy of possible choices. If your mindset is happiness is more important than being right, it’ll influence your tone of voice, choice of words, and overall demeanor. If your mindset is being right is more important than happiness, it’ll prompt you to defend yourself and your ideas above all else and obfuscate any evidence to the contrary.

There is a spectrum of mindsets available to you at any given moment but choose your mindset carefully. Once you activate a mindset (instinctively or intentionally) it eclipses the alternatives, which may not be in your best interest.

Take the first steps on your intentional mindset journey

Begin to pay close attention to your thought patterns, how you feel and react. Create space between the trigger, your feelings, and a reaction until things cool down. With space (both in distance and time), you’ll have a clearer picture of the situation. You’ll possibly be able to discern between primitive, cultural, and intentional mindset responses. Once you identify your feelings and attitudes you’ll open a window of opportunity to sculpt your mindset.

One way to start your intentional mindset journey is to start engineering a response for the next time you experience your fight or flight impulse. Here is a strategy for beginning to sculpt your mindset:

The growth mindset is a lifelong journey of discovering yourself, updating yourself, and becoming your most authentic and satisfied self. For more about how to sculpt your mindset and live a more intentional life take a look at our online programs at www.DeRoseMeditation.com and subscribe to our YouTube channel.

“Obstacles and problems are a part of life. Life is the art of overcoming them”. – Professor DeRose

Never miss an insight.
Sign up for our newsletter! 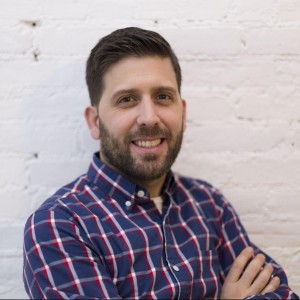 Body intelligence enhances your well being and response to life 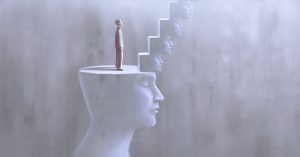 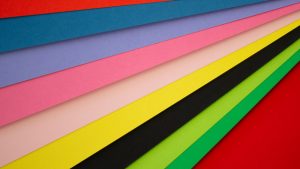 A journey to activate your creative potential

A creative potential has always been relevant for business leaders. After all, to create a company, a product, or a service you have to be creative enough to solve the array of questions that come up along the way. But now, more than just business leaders are looking for innovative ways to successfully navigate the rapidly changing world. Creativity is quickly becoming a survival skill essential for people from all walks of life, not just entrepreneurs and artists.